A colleague asked me this morning whether Budget day felt like Christmas to me – to which I replied that it did, except that most of the presents had already been unwrapped…  The nature of the UK’s main fiscal event is now such that most of the big measures are either announced or at worst leaked beforehand, but there is always room for some surprises…  In fact, the Chancellor’s statement proved to be far more action packed than I had expected…

What we knew already…

Let’s start with what we knew before the Budget.  It’s obviously great news for employers that the furlough scheme has been extended to the end of September (it was due to end on 30 April).  There is a slight tweak in that employers will have to pay 10% of a furloughed employee’s wages in July and 20% in August and September (all subject to the schemes maximum amount of supported wages of £2,500 per month).  If all goes to plan businesses will all have reopened before they need to start picking up this cost but the extension recognises that many businesses may take some time before they are able to return to full capacity.

Another positive step is the extension of the self-employed income support scheme for a further three months from May onwards.  The amount of this final, 5th grant will take into account the impact of the pandemic on the business, with those who have suffered a drop of more than 30% in turnover getting the full grant of 80% of profits up to a maximum of £7,500, while those whose turnover has fallen up to 30% will get a 30% grant – so to a maximum of around £2,800.  It will be interesting to see how this system will be implemented in practice.

The scheme is also extended to include those who started their self-employed businesses after 5 April 2019.  To date these people have been excluded from the scheme but will now be entitled to the 4th and 5th grants provided they filed their 2019/20 tax return by midnight on 2 March.  The logic for this extension now is that these people have submitted their first self-employed tax return so there is objective information about the level of turnover and profitability of their first year in business.

Of course their first year of trading will fully reflect the impact of the pandemic so profits on which the level of grant is based may be expected to be depressed, but even so this is a positive step, albeit it feels a bit like shutting the door after the horse has bolted.  Disappointingly, there is also still no support for small company directors who tend not to benefit from the furlough scheme and are excluded from the self-employed scheme.

And what we expected…

While not actually announced before the Budget, the extension of the additional £20 per week increase to Universal Credit (now available until the end of September) did not come as a surprise to anyone, nor did the extension of the stamp duty holiday for homes of a value up to £500,000 in England and Northern Ireland which now runs until 30 June although the tapering of the holiday to apply to properties up to £250,000 to the end of September was a surprise.

The stamp duty holiday does seem to have boosted the housing market which of course was the objective, although with house price growth of around 7% over the last 12 months while the previous maximum stamp duty rate on a £500,000 property was 5% one does have to wonder whether those who have moved while the holiday has been in place have actually saved anything overall at all?

It also remains to be seen what happens to the housing market once the sugar rush of the stamp duty holiday is taken away…  When a duty or tax can distort a market to this extent then surely the question has to be whether the whole system (which dates from the 17th century and which still refers to Finance Act 1895) makes sense in the 21st century?

Further support for the housing market comes from a mortgage guarantee scheme for those who can only provide a relatively small deposit for their new homes.  With some lenders making this available from next month there will be a Government backed guarantee scheme for 95% mortgages.  Other lenders are expected to make the product available in the next few months.

Turning to measures which were the subject of much speculation prior to Budget day, there is a raft of targeted measures to help businesses which have been hardest hit by lockdowns and other restrictions.  As non-essential retailers will reopen first under the Government’s roadmap, they will receive restart grants of up to £6,000 per premises.

With the various Coronavirus loan schemes ending on 31 March there will be a new “Recovery” loan scheme which will provide loans of between £25k and £10 million up to the end of this year.  The loans will be backed by an 80% Government Guarantee.

Now for the payback…

The Chancellor announced two measures aimed at raising more revenue to start to rebuild public finances.  The first of these is a freezing of the income tax thresholds – although not as expected from next year.  Instead the personal allowance will increase to £12,570 from April and the higher rate threshold to £50,270.  However these levels will then be frozen until April 2026.  This will inevitably push many more into higher tax bands as the recovery progresses.

Other allowances will be similarly frozen – the capital gains tax annual exemption, the pensions lifetime allowance and the Inheritance Tax Ni Rate band (although in truth the latter has not moved in years!)

Secondly the increase in corporation tax rates was also expected but again not in the terms it was announced.  Instead of an immediate increase the rate will be increased to 25% from April 2023, although businesses with profits of less than £50k will still benefit from the current 19% rate.  There will be tapering rates for those companies with profits between £50k and £250k.

In addition, and to support HMRC’s compliance efforts generally but especially in respect of those who have taken illegitimate advantage of the various Coronavirus support schemes there will be an investment of £100 million in new resources for HMRC to investigate potentially fraudulent claims under the various schemes as well as other investments to further clamp down on tax avoidance and evasion.

But still room for some good news…

There was still room for a couple of measures which will bring a smile to the faces of some business owners.  For the next two years companies will be able to carry back losses of up to £2 million to the preceding three years (currently there is an unlimited carry back but for one year only).

For businesses that invest in assets qualifying for plant and machinery capital allowances there will also be a “super deduction” of 130% of the cost of those investments, again for the next two years.  The super deduction for assets which only qualify for “special rate” allowances will be 50%.

Doubtless the rules will not be as simple as the Chancellor may imply, but this remains a positive development.  In other good news fuel and alcohol duties will both be frozen next year.

The Chancellor also announced two new “help to grow” schemes aimed at equipping businesses to face the future.  These will focus on up-skilling management within businesses through “world class” training programmes, and on helping businesses to digitise.  There are also consultations announced on the current R&D tax credit and Enterprise Management Incentive schemes to ensure these are globally competitive.

Finally, sometimes good news comes in what is not announced just as much as in what is.  There had been considerable concern that the Chancellor may take the opportunity to significantly raise the rates of Capital Gains Tax in the coming years, and to remove significant reliefs such as Business Asset Disposal Relief (formerly known as Entrepreneur’s Relief).  To date he appears to have resisted the temptation but the cynic in me still think this is only a stay of execution…

My concerns that we had got all of the big news stories in advance of the Budget provide to be unfounded.  Indeed, Father Christmas, in the guise of Mr Sunak, still had many surprise presents in his red box.  He has taken care to taper out many of the support schemes that are currently in place to avoid a cliff edge as they end and while there are tax rises in our immediate future there is also a smattering of good news for many to soften those blows.

I still expect another Budget in the Autumn when we may well see some more revenue raising measures, but in the meantime with the two tax raising measures pushed down the road into the future, the picture is definitely a lot rosier for taxpayers than it may have been.

If you have any questions about how any announcements in the budget may affect you or your business, please contact us – [email protected] 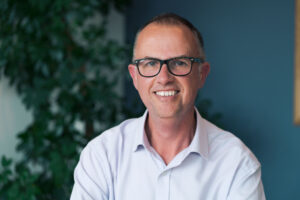 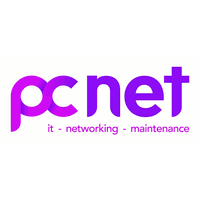 PC Vs Mac – what’s the better option? It can be difficult deciding what equipment is more likely to best suit your needs – particularly if you aren’t fully up to speed with the advantages and disadvantages of what’s available. Take the choice between Apple and Windows for example, which one is right for you? […] 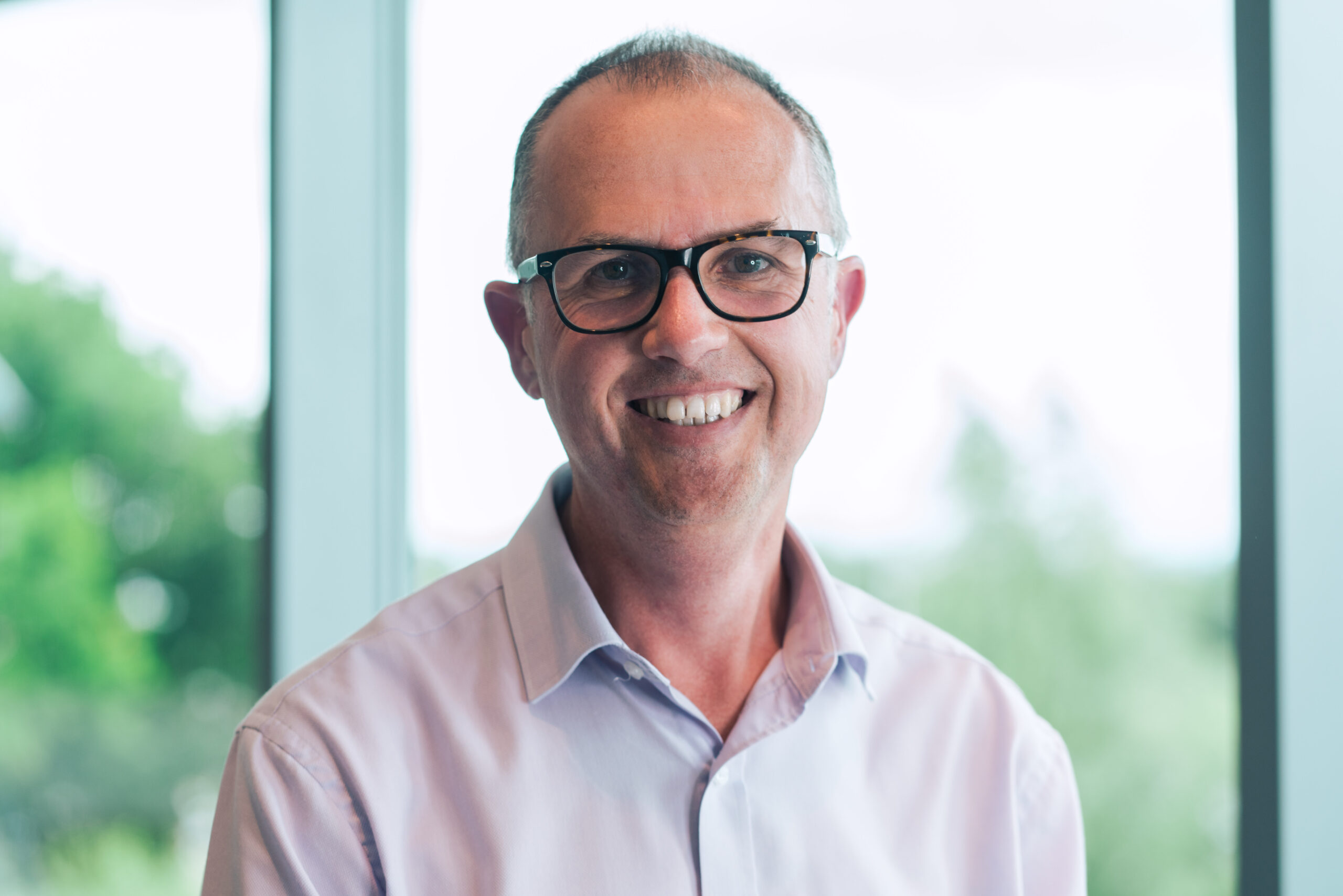 Autumn Budget Reaction – Is the task ahead clear? Many people will be familiar with the feeling of opening their Christmas presents on the big day only to be somewhat underwhelmed by what they find.  For many tax advisers I suspect that is the feeling they had as Rishi Sunak sat down after a Budget […]