Autumn Budget Reaction – Is the task ahead clear?

Many people will be familiar with the feeling of opening their Christmas presents on the big day only to be somewhat underwhelmed by what they find.  For many tax advisers I suspect that is the feeling they had as Rishi Sunak sat down after a Budget where tax measures were pretty much conspicuous by their absence.

That’s not to say that is a bad thing – in many ways quite the reverse.  As I write the full Budget papers have not hit the treasury website but there do not seem to be any real changes to capital gains tax inheritance tax in the announcement – which seemed like the obvious targets if revenues were to be raised.

There was though a great deal of largesse from the chancellor with a seemingly never-ending list of spending commitments and investments in infrastructure and the like.  The big question surely must be how this will be paid for.  The Chancellor implied this would be paid for out of the additional revenues that come from a growing economy, but one can’t help feeling that the pain is being saved up for a spending review in March…

So, what do we know?  It seemed for a brief and hopeful moment that the R&D tax relief would be made more generous and indeed it has been slightly extended bit only to include a couple more categories of expenditure including cloud computing.  In fact, if anything the concession is narrowed by limiting it to R&D conducted in the UK from April 2023.

Some good news comes in the form of an extension to the £1 million annual investment allowance for business spending money on equipment and the like.  This has now been extended to March 2023 which has to be welcome news.

The business rates system is to be reformed with new reliefs for investments in green technology and improvements together with more frequent revaluations (every three years starting in 2023).  There will also be a 50% discount on business rates for businesses in the retail, hospitality, and leisure businesses for a further year as these businesses recover from the pandemic.

On a similar vein there will be a lower rate of alcohol duty on draft beers and Ciders from February 2023 to encourage people back into the pub.  In fact, I have never known a budget speech to spend so much time talking about alcohol duties – a pretty good sign that the tax measures are thin on the ground!

Businesses will have to absorb an increase in the minimum wage from £8.91 an hour to £9.50 – great news for employees but another cost to businesses which may already be struggling with rising costs and tax increases.  Lower paid employees will also benefit from a reduction in the Universal Credit taper in a bid to reward those who work.  This was badged as part of the Chancellor’s goal to reduce taxes over the life of the Parliament – it’s hard not to be a little cynical about this with the Social care levy due to start up in April.

It was though pleasing to see further support for the cultural sector, with an extension to the Museums and Galleries tax relief and theatre tax reliefs being made more generous.  This will be most welcome for organisations which have clearly suffered during the pandemic.

It would be remiss of me not to mention one measure the Chancellor seemed especially proud of.  The UK operates a concessional tax regime for shipping companies known as the Tonnage Tax.  In the past this has been available for vessels flagged in any EU jurisdiction, but this will now be limited to vessels flying the Red Ensign – so registered in the UK.  Not sure how that fits with global Britain but certainly something all of you with large shipping fleets should take note of.

So, in summary there was very little to get excited about in the Budget – no especially bad news but no especially good news either…  Whether the pain will follow the generosity when we get to April remains to be seen – I can’t help feeling there may be a few “nasties” stored up for then…

PC Vs Mac – what’s the better option? It can be difficult deciding what equipment is more likely to best suit your needs – particularly if you aren’t fully up to speed with the advantages and disadvantages of what’s available. Take the choice between Apple and Windows for example, which one is right for you? […] 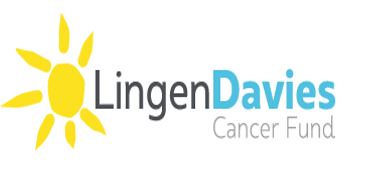 Sponsor a tipple for festive fundraiser Shropshire businesses are being urged to get behind a festive fundraiser with a twist – of beer or gin! Abbeyfest is a drinks festival with a difference – taking place in the iconic surroundings of Shrewsbury Abbey, there will be live music, food choices, and the chance to give […]